He received his degree in Global Economics from the Department of Management and International Economic Relations of the Ural State University of Economics.

He started his career in 1996 working on positions in marketing and sales.

In 2000, he was appointed the director of the Ural branch of JSC “Lebedyanskiy.”

In 2002, he started working at Carlsberg Group as the Director of Sales at the Zolotoy Ural plant (currently the Baltika-Chelyabinsk branch).

In 2004, he was nominated the Regional Business Manager of the North-Western Region at JSC Vena, following the merger of Vena and Zolotoy Ural.

In 2006, he took charge of Aldaris (Latvia), which is part of Carlsberg Group.

In 2008, he took up the post of the CEO of Carlsberg Uzbekistan.

In 2012, he worked as VP of Sales in Russian Federation at JSC Baltika Breweries.

In 2014, Yevgen Shevchenko was appointed the CEO of Carlsberg Ukraine.

Oleksandr Rudnev was born on May 1, 1965 in Zaporizhzhia, Ukraine.

In 1989, he got a degree in Electronics at Zaporizhzhia Industrial Institute.

He started his career in 1982 working as an engineer at the Semiconductor Research Laboratory of the Zaporizhzhia Titanium and Magnesium Integrated Plant.

From 1993, he was working in ІТ at a number of companies, where he climbed up the ladder from a software engineer to Head of Software Department.

In 1997, he started working at the Open Joint-Stock Company “Beer and Soft Drink Integrated Plant Slavutich" (now Carlsberg Ukraine) as Head of System Support Group, and later was promoted to Head of IT.

Between 1999 and 2006, he was in charge of logistics, procurement and distribution at Slavutich.

In 2007, he was appointed to the post of the Director of Lvivska Brewery.

In 2011, he was transferred to Carlsberg Ukraine as Director of Operations.

In May 2014, he was appointed the Director of Operational Logistics and Customer Service and Production Director of Carlsberg Ukraine. 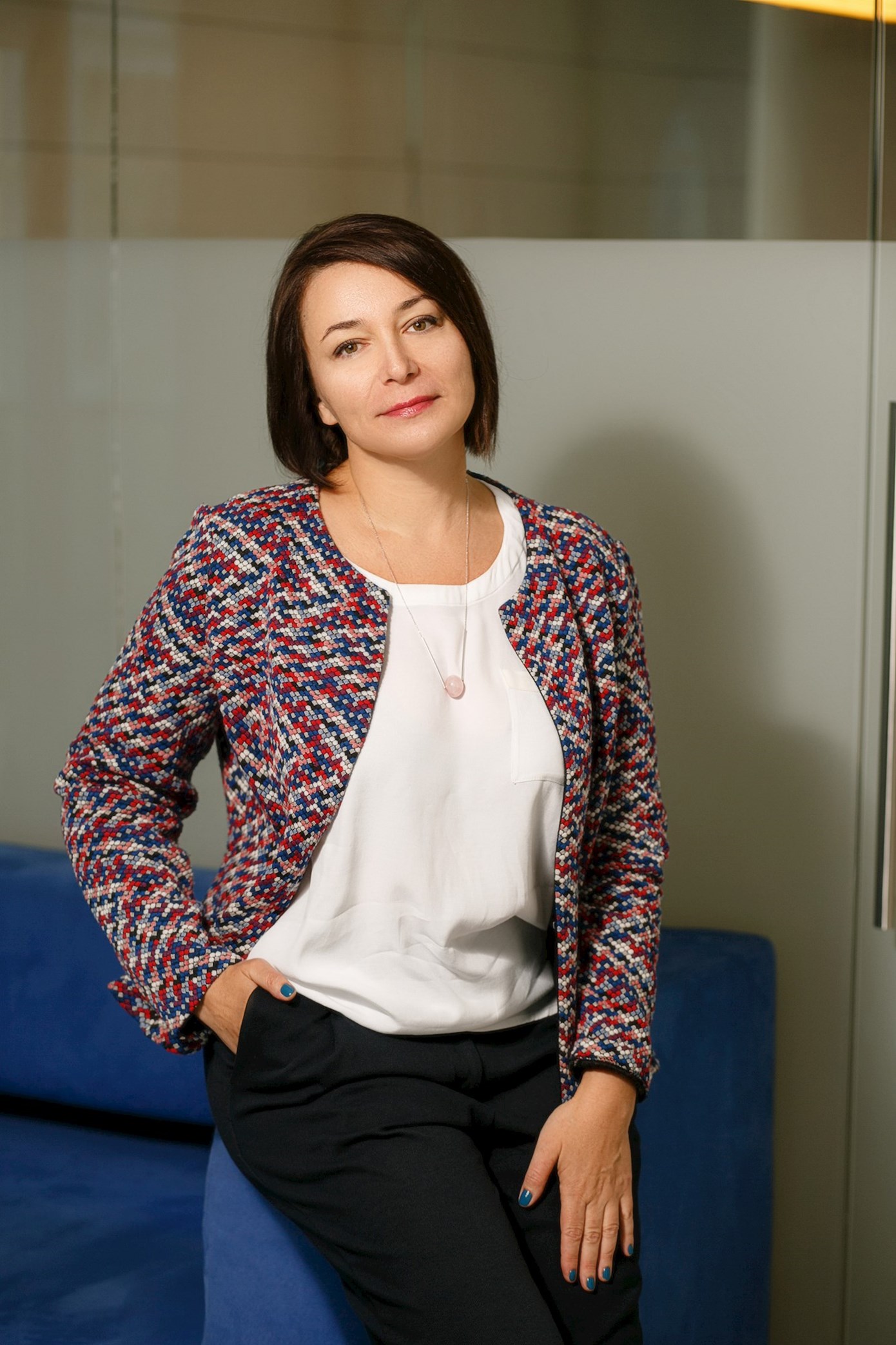 Iryna Kachura was born on December 10, 1971 in Kyiv, Ukraine

In 1994, Iryna started her professional career at the leading pharmaceutical company Merck Sharp and Dohme IDEA Inc. where she worked in advertisement and marketing.

In 1998, she joined the ranks of GlaxoSmithKline, Kyiv, Ukraine, where she was working in the position of a Product Manager, with her responsibilities including strategic planning, managing advertising campaigns for the company’s brands, rolling out new products, and more.

In 2000, she graduated from the Chartered Institute of Marketing (London, United Kingdom).

In 2003, Iryna Kachura changed her employer to Philip Morris International in the position of a Junior Brand Manager, and later in 2005, she was promoted to a Brand Group Manager.

In 2007, Iryna occupied the post of the Global Brand Manager at Philip Morris International (Lausanne, Switzerland).

In 2014, Iryna took the post of the Marketing Director at Philip Morris International’s office in Almaty, Kazakhstan.

On August 7, 2017, Iryna Kachura joined the Carlsberg Ukraine team as the Vice President of Marketing.

Maryna Harrison was born on September 5, 1976, in Prague, Czech Republic.

In 1998, she graduated from the Minsk State Pedagogical University with a degree in Psychology and Foreign Languages.

She later went into further academic study and graduated from the Academy of Postgraduate Education with a degree in Psychology.

Over the next years, she received training through educational courses in business and HR at the Management Center Europe, London Business School, Hay Group and Carlsberg Group.

Prior to starting her career in HR, Maryna worked in counseling and gave lectures on the psychology of HR management at different higher educational institutions in Belarus.

She commenced her career in HR in 2001, by first working in recruitment and organization of training sessions for businesses.

In 2005, she took office as HR Manager at the Additional Liability Company “Arlon”, a FMCG distributor.

Starting from 2006, she was working as HR and Administration Director at JSC “Olivar Brewery”, Carlsberg Group.

In 2014, Maryna Harrison was appointed Vice President of HR at Carlsberg Ukraine.

Maryna supervised the development and implementation of numerous projects in organizational development, effective motivation, personnel assessment and development. She has in fact built a new HR hierarchy from a scratch. 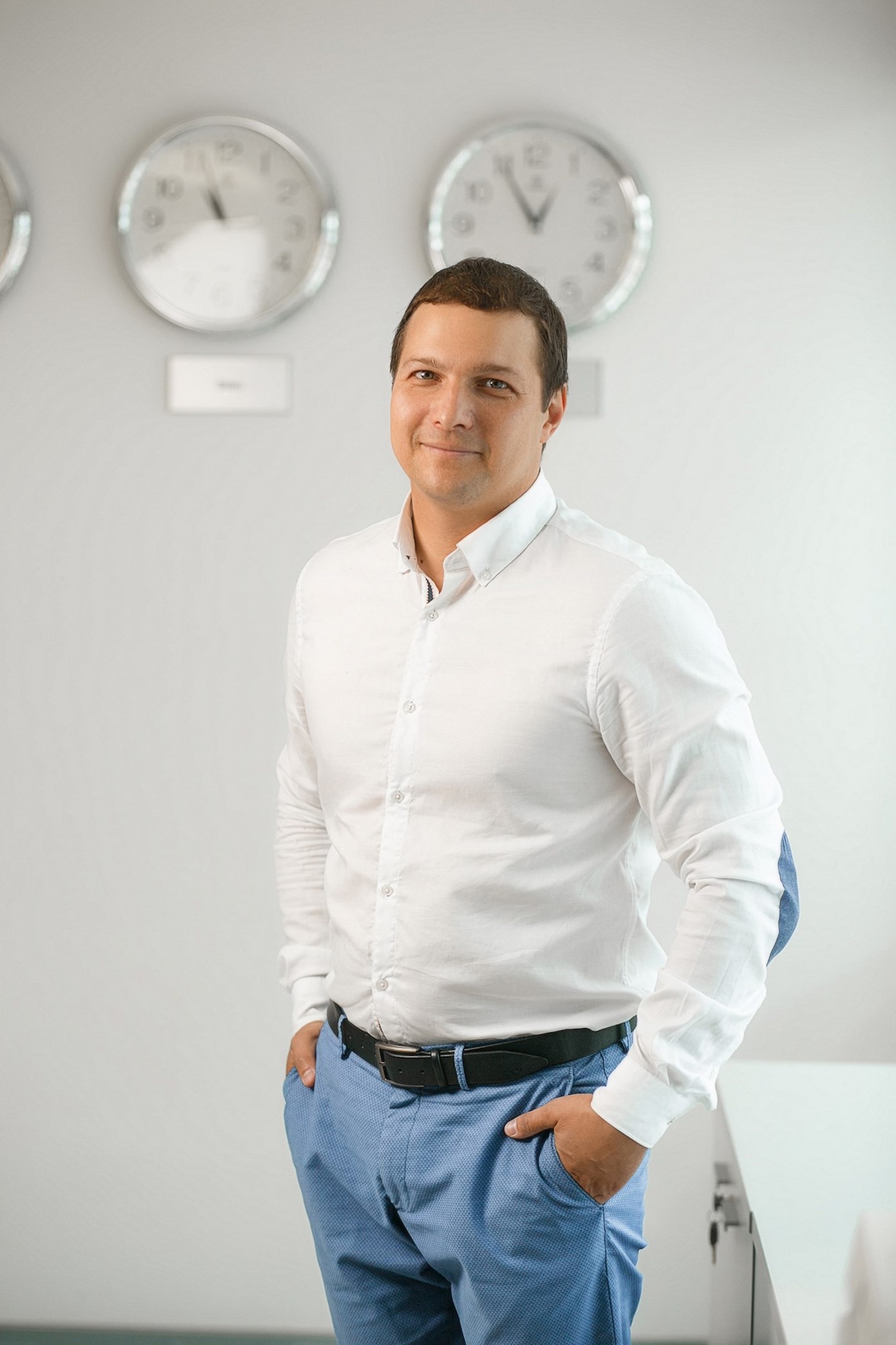 Ivan Kravtsov was born in 1981, in Cherkasy, Ukraine.

In 2003, he graduated from the Department of Law of the Taras Shevchenko Kyiv National University.

Ivan’s career started in 2003 on the post of a lawyer at a Ukrainian subsidiary of Joint-Stock Company Inter RAO UES.

In 2005, Ivan was invited to take up a position of lawyer at Procter&Gamble Ukraine. Over the next years, he worked at the company as a counsel and chief counsel.

In 2009, Ivan changed job to Head of Legal Department at Shell Retail, where he was in charge of comprehensive legal support of the organization’s business.

Ivan is a law professional with over 10 years of experience in working at large multinational FMCG, B2B and Retail companies in Ukraine.

From June 14, 2016, Ivan Kravtsov has been working as Chief Legal Officer at Carlsberg Ukraine.

Viktor Khalemskyi was born on August 26, 1969 in the city of Zaporizhzhia, Ukraine.

In 1992 he graduated from Zaporizhzhia State University as a journalist.

In 1996 he started working in Mars, one of the largest FMCG-companies, where for 12 years of work he had explored various roles (positions) in sales, having worked his way from a sales agent in Zaporizhzhia to a Planning and Business Development Manager in Kyiv.

In 2008, Viktor became a Sales Manager in the Russian representation of Mars in Moscow.

In 2009, he moved to work as the Representation and B2B Manager of the Kellogg American company.

In 2013-2014 years, Viktor served as Sales Director of Kellogg for CIS countries.

In 2014, he became part of Ferrero, where he had been working as Sales Director for four years.

On February 26, 2018 Viktor Khalemskyi took the position of Vice President of Sales at Carlsberg Ukraine.

He received a diploma in accounting at the Institute of Chartered Accountants in England and Wales.

In 1995, he began his career in the beer industry as CFO at SABMiller in Hungary, Africa and Ukraine.

In 2012, he joined Efes in Russia as a financial director, and in the period from January 2017 to March 2018, he served as CEO of the company. After merging Efes Russia and ABInbev Russia in April 2018, Roy became Chief Financial Officer of ABInbev / Efes.

Andrei Kravchenko was born in 1979 in Kharkiv.

In 2001 Andrei came to Carlsberg Ukraine and built a successful career.

In 2002 Andrei received a degree in radio engineering from the Chernivtsi National University.

In 2008 Andrei Kravchenko received a degree in business management from the National Technical University of Ukraine KPI.

From 2010 to 2011 he held the post of IT manager and provided company with continued operation of IT services.

In 2011 Andrei took up an appointment of head of IT department.

In 2018 Andrei Kravchenko has been appointed to the position of IT Director at Carlsberg Ukraine.